From my very first concert (They Might Be Giants) when I was about 15, to now, I've seen a huge list of my favorite rock shows. If it's too loud, you're too old, right?

Besides loving the well-known rock bands, I also found myself steeped in the local music scene when I moved here to Utah to start college. I managed a couple bands and loved the whole scene. It appears though that adulthood has presented a reality where I no longer have musicians regularly practicing and collaborating at my house. That's truly unfortunate.

In order to fill my rock band quota, I'm always open to anything related. When I was invited to a concert event up at the Macy's at City Creek, I didn't need to be asked twice. 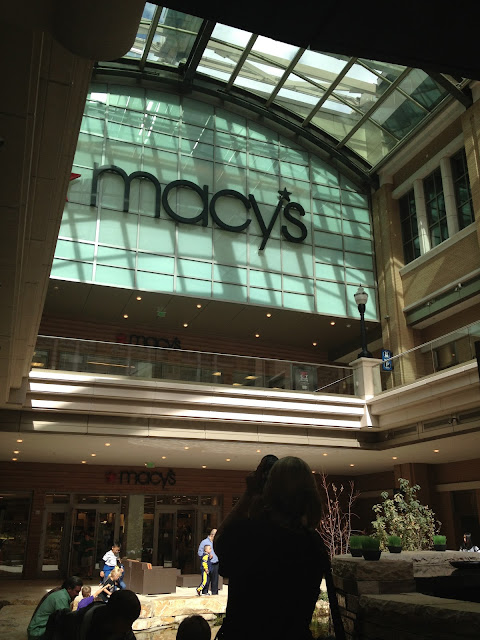 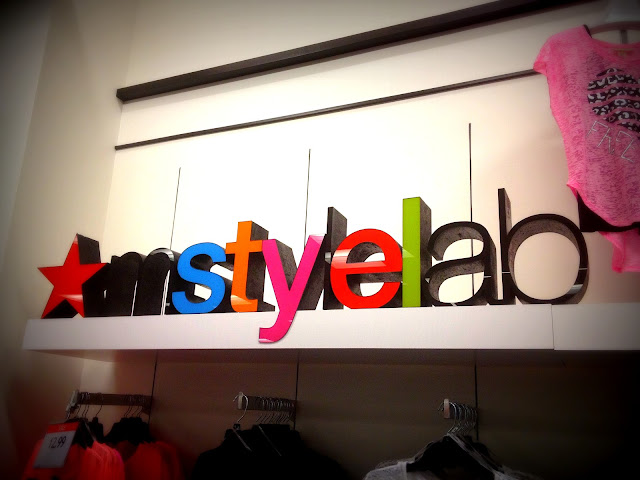 A few of my amazing girlfriends and I stopped in for lunch at the Blue Lemon at City Creek, then headed over to Macy's where they'd set the show on the plaza area just outside of the store. 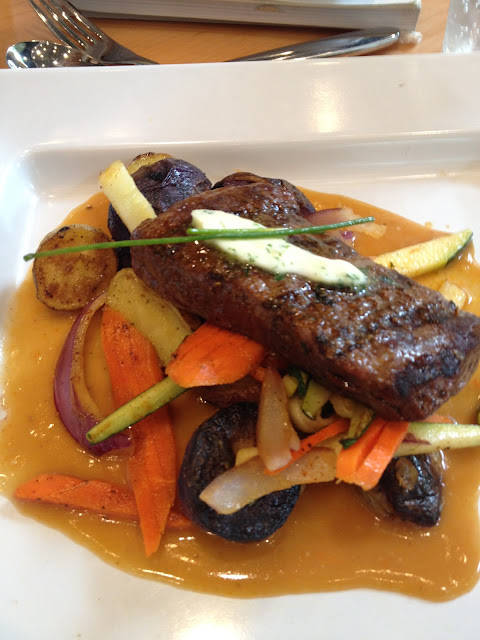 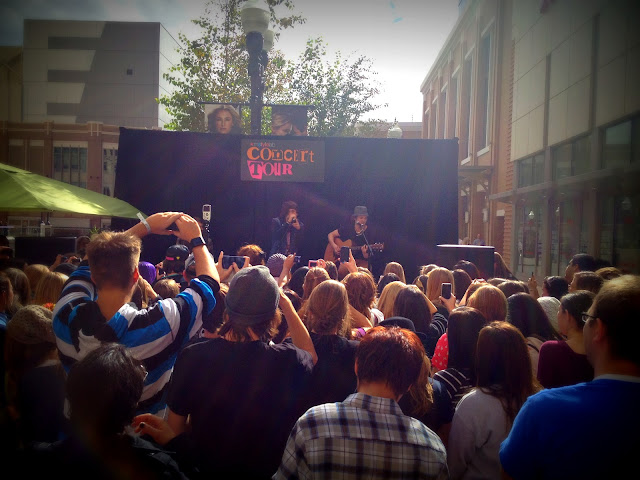 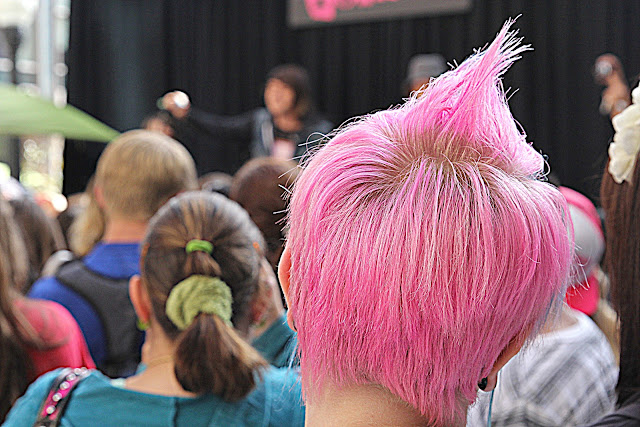 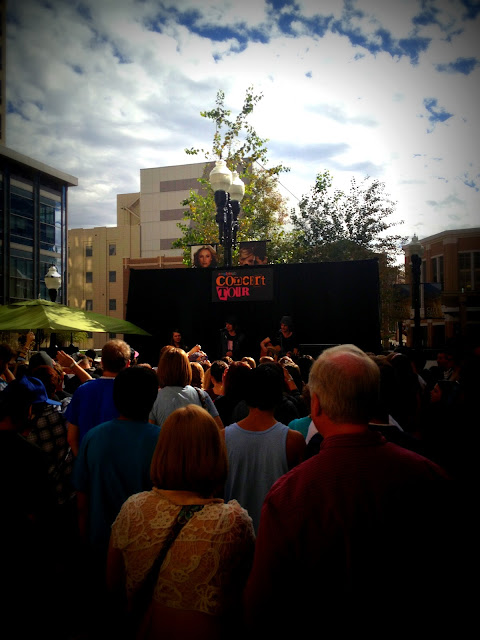 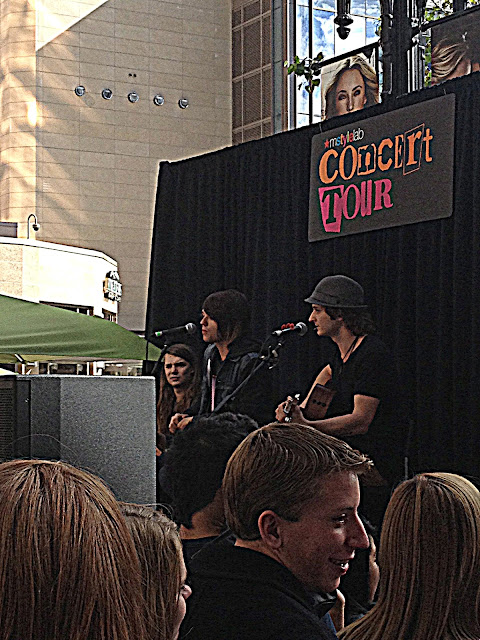 There was a cool vibe with the crowd even though the lead singer had totally lost his voice. The concert went on and most of the songs became a huge crowd involved sing-along.

After the show they ushered the audience inside for a meet and greet with the band. I might have gotten distracted with a bit of shopping... especially when I met this coat... 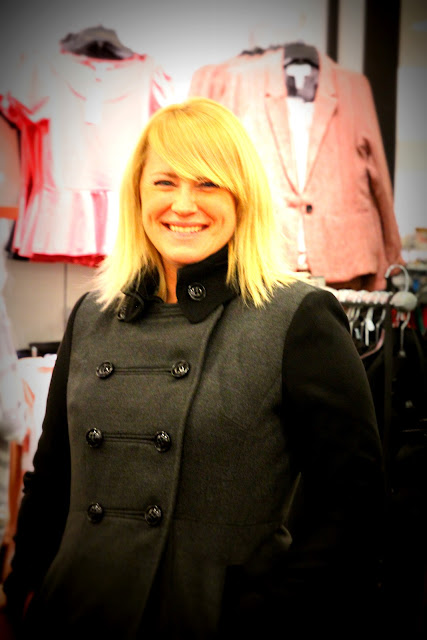 It was love at first sight, really, so naturally I tweeted and Instagram'd it. 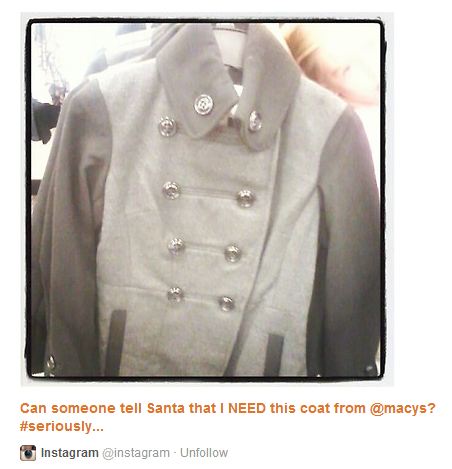 I left City Creek that afternoon with some great memories.

You may think this is where the story ends. Amazingly, it's not.

Yesterday - one week after the concert, my doorbell rang. I opened it to find the mailman holding a package. 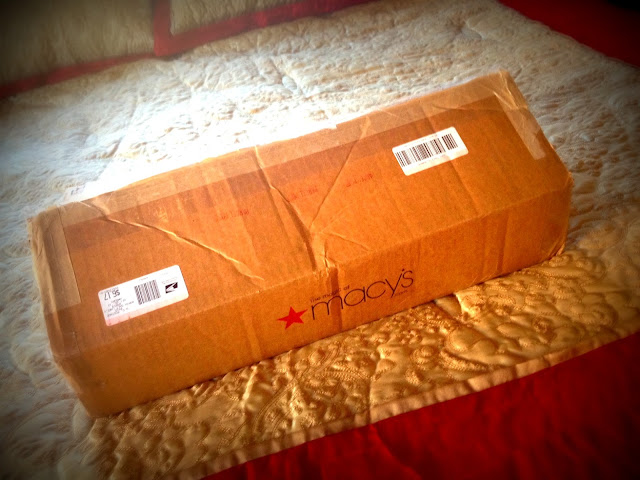 I didn't think much of it, as we do our fair share of shopping online, but I was met with shock when I realized the box was clearly labeled to be from Macy's. I may or may not have sort of started to hyperventilate.

My family happened to be gathered around me as we were just about to leave the house together. I set the box down on the counter top and quickly and carefully sliced open the top of the box. 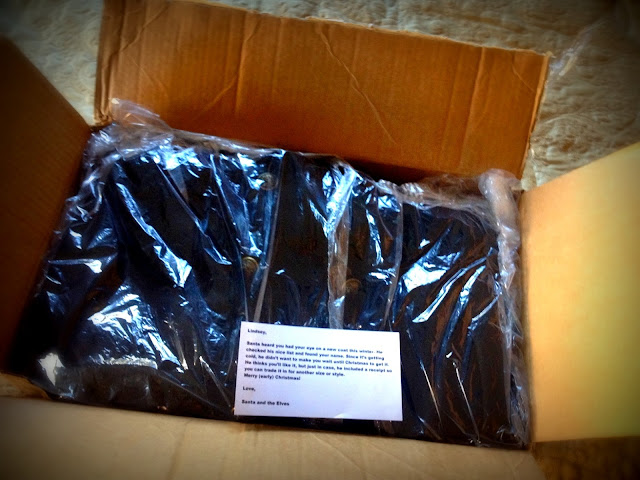 I was totally and completely shocked and surprised to look through a clear garment bag to see a small glimpse of a black wool coat. To be honest, I didn't jump for joy... I actually started to cry. 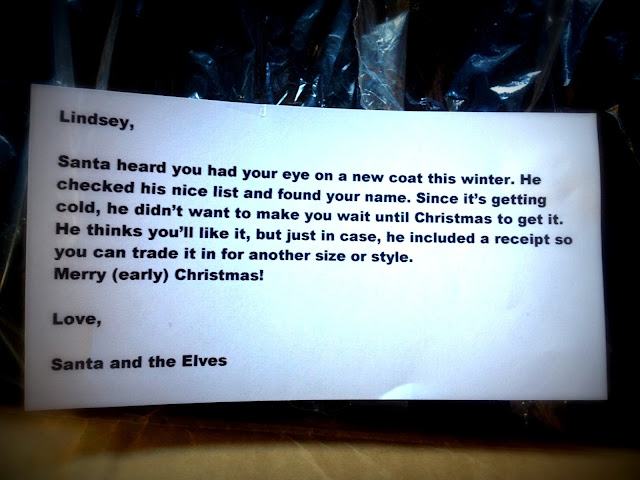 Santa is sure a tech savvy guy.

Upon further reveal, I found this. 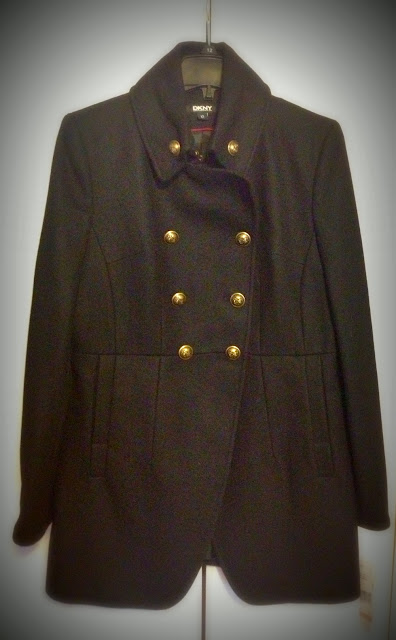 I was so shocked and so taken off guard that it wasn't until I started putting this post together that I realized that these 2 coats weren't the exact same coat. Believe it or not, the one I ended up with is twice as nice, and I love it far more than the one I tried on.

The tears may seem a bit dramatic to you (unless you know me) but I really never buy myself anything nice. With a big family and lots of financial obligations, I pacify my shopping desires in other ways.

I don't own a nice coat. I don't think I've ever owned a nice coat until now.

You may be wondering who "Santa" is. You're not the only one. I have some inclinations, but I'm not certain, but I can tell you that this has been a warming experience, both literally and figuratively.

The My Style Lab concert at City Creek last week was awesome - and apparently it's an experience that's delighted me two weekends in a row. 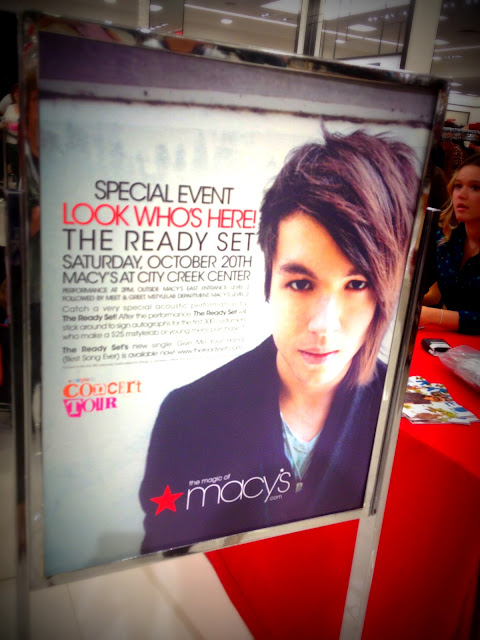 Disclosure: I am a member of the Everywhere Society and Everywhere provided me with compensation for this post about Macy's and the mstylelab Concert Tour. However, all thoughts and opinions expressed herein are my own.