Concert in the Sky, Part 1

Back in March, my good friend Kari Bushman and I attended a Guster concert in Salt Lake City, Utah. We'd both been to a handful of shows before, and mostly together, but this one was different - all acoustic - a couple of strings players - and CHAIRS! It was an outstanding show that we both loved.

Just prior to the show, Guster tweeted this:

Needless to say, we rounded up a 'large houseplant' that will heretofore be referred to as 'the ficus.'

BUT.... I'm already getting ahead of myself. Back up just a bit.

I made the mistake just before the Guster show in March of telling her that I was leaving the house for the night and would be seeing the band play some music. ERROR. ERROR. ERROR. It wasn't long before I realized that I said all the wrong things. Imagine in your mind - panic, horror, and tantrums. We're talking things like, "If you really love me, you won't go to the show." and, "Why would you choose Guster over your own daughter?"

Kari and I arrived with said ficus and realized there were only a few other people in the audience that had seen the tweet. We delivered the goods to the people at the merchandise tables and were each given a sticker - a back stage pass, of sorts.

Kari and I stick around for a bit and chat a little with the band. We snap some pictures: 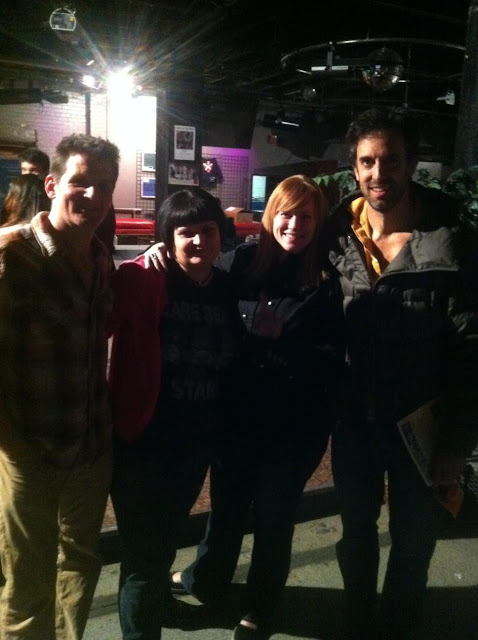 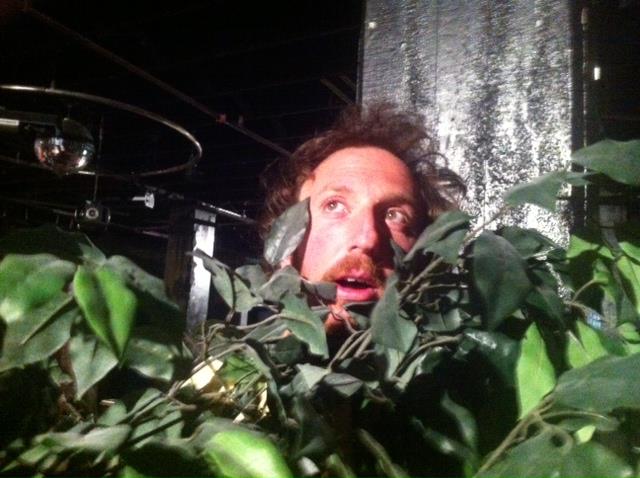 All in all. She did. 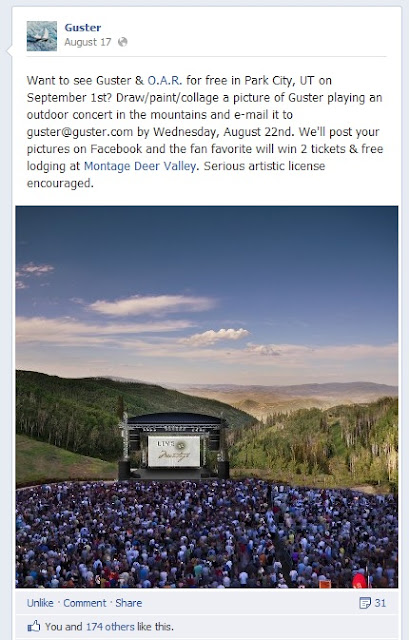 Sort of kidding, and sort of serious, I mention this contest to my little Guster-lover who also happens to be a coloring addict. She's in, 100%. An hour or so later we have this: 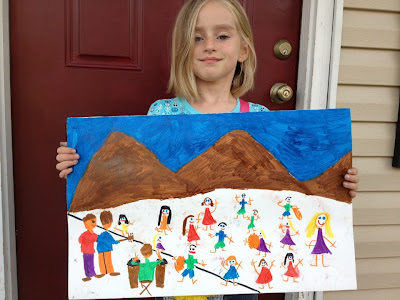 and a few days later we have this: 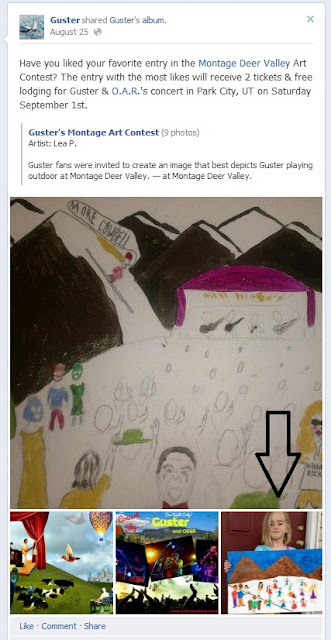 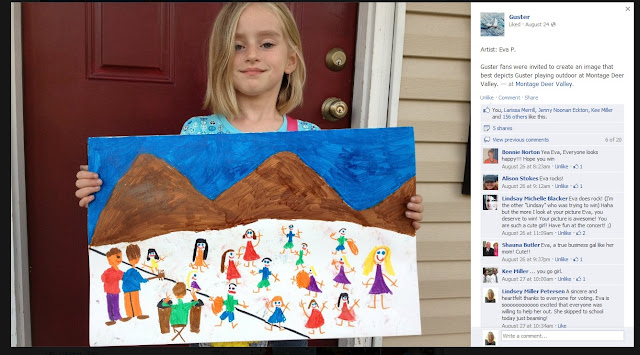 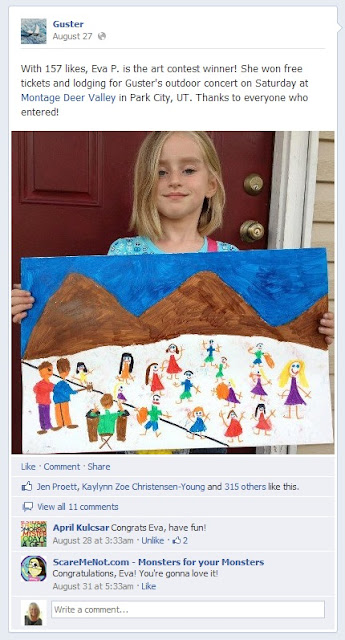 She was more excited than I'd seen her in as long as I could remember. We're talking, comparable to Disneyland.

She found out on a Monday and the concert was the following weekend and she insisted on packing right away. Somehow, we made it through the week, and we had NO idea what an amazing weekend we had in store for us.